I recently started digging into Apache Kafka for a project I’m working on at work. The more I started looking into it I realized I need to get myself a local Kafka cluster to play around with. This article walks you through that process and hopefully save your some time 😄.

If you don’t know what Kafka is, here’s a great video from Confluent.

💡 You can follow along by cloning the repo I have created over here.

There’s a quickstart guide over at the official docs. To be honest, I didn’t want to install anything locally in order to keep the Kafka instance fairly separate my dev environment, hence went with the Docker way which you will find below.

This is by far the easiest I have found and saves you ton of time. Once you have cloned the repo just spin it up!

If you want to know what’s going on in here let’s take a look at the docker-compose.yaml file.

Everything else is set to default. If you want to learn what each environment variable does, head over here. You can add multiple brokers (Kafka instances) if you want in the same docker-compose file.

This approach is quite beneficial if you want to stand up an instance for testing on the go or even in a CI environment.

Interacting with the cluster

Before we publish anything, let’s spin up a consumer so that we know our setup is working. To do that, run the following command from the CLI.

Now let’s create some messages and see them in action!

This is what it will look like from the terminal. To your left is the producer and consumer to your right hand side.

Not a fan of the CLI? There’s many tools out there. I wanted to find a nice, lightweight, OSS solution for this. I decided to go ahead with Tools for Apache Kafka for VS Code.

Once you have that going you could interact with it from the side bar. There will be a new icon with Kafka’s logo on it! 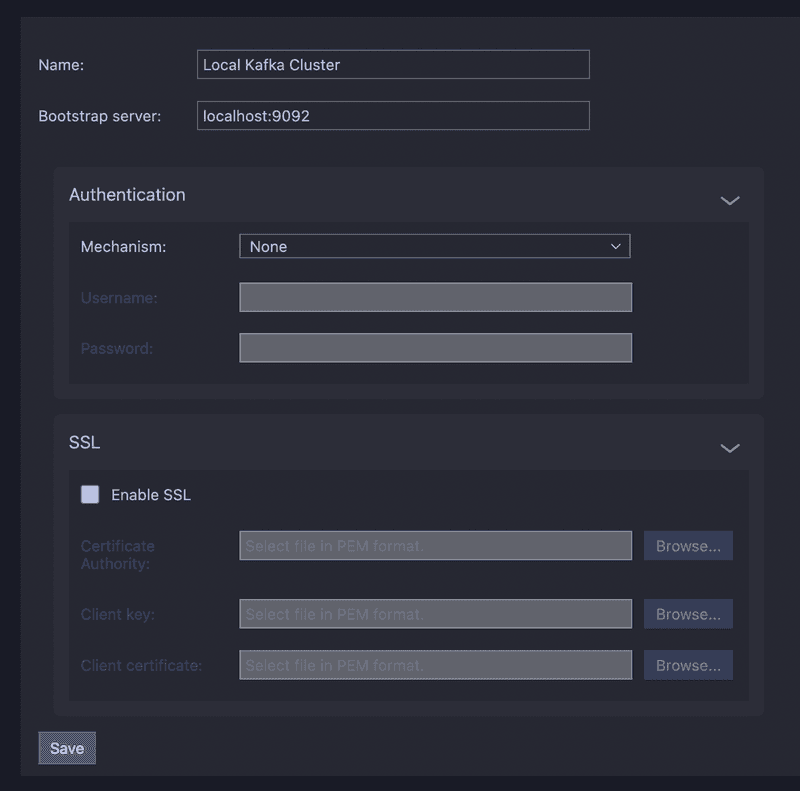 Here’s what it looks like when it finds your instance. 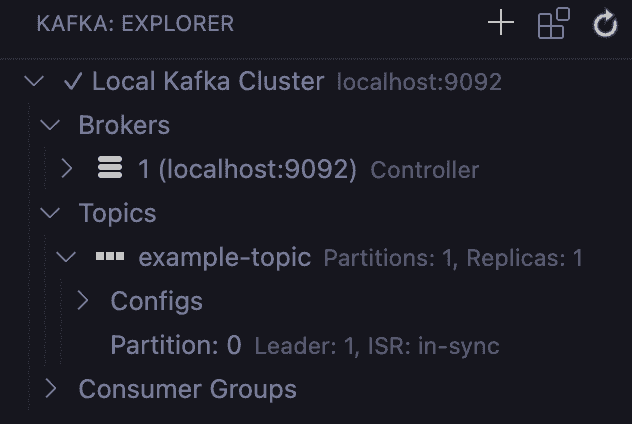 You can invoke the producers and consumers right within VS Code, which is pretty easy and cool!

Welll that’s it! Standing up a docker container certainly did save me some time just for testing purposes. Hope you enjoyed this post and see you next time 👋